The morning after and it still feels surreal. The euphoria of Pakistan’s dominating victory over India is still fresh; it is slowly sinking in.

I am finding it hard to find words to describe how every single Pakistani must be feeling right now, but I am going to try anyway.

It has taken 3 decades, but the jinx has finally been broken!

The build up to this epic clash between Pakistan and India started 4 months ago when it was announced that the T20 World Cup will shift from India to the UAE.

For all of us who live in Dubai, who had traveled to different parts of the world from Bangalore to Mohali, Colombo, Birmingham, Adelaide, and Manchester over the years to watch Pakistan battle India in a World Cup game, the daddy of all cricket matches was now coming home to us.

The schedule of the T20 World Cup was announced and 24th October 2021 was marked in everyone’s calendar.

And the wait for the tickets started.

When the first batch of tickets was launched, there was some disappointment. Five of us were on a conference call, all trying to buy tickets for Pakistan vs India, and after 2 hours of waiting and clicking we were left empty handed.

When the second batch of tickets was released, we were at it again.

And we struck gold, thanks to one friend, who spent a tireless hour and a half clicking on “buy tickets”, till his transactions finally went through!

We had 6 tickets for the match.

We managed 4 more tickets through another friend’s contact in Pakistan.

But all tickets were spread out in different sections of the Dubai International Cricket Stadium.

Excitement and anxiety for the game was increasing by the day.

And then with a day to go, all chaos hit the roof! What time will we leave. Who will go in which car. Where will we park. Who will sit on which seats. Who will find others to swap seats with. There were too many logistical challenges.

A million phone calls, conference calls, and whatsapp messages later, on the day itself, it all just fell into place.

We were all at the stadium well before the match started, with the majority of us seated together!

The night before the Pakistan vs India clash was a sleepless night.

After a long time, I had experienced the excitement of a cricket match similar to the 90s when we would be up all night and drive early morning to Sharjah for the many Pakistan vs India matches.

Come 24th October and about 25 of us gathered at a friend’s place right opposite the Dubai Cricket Stadium, well before game time. 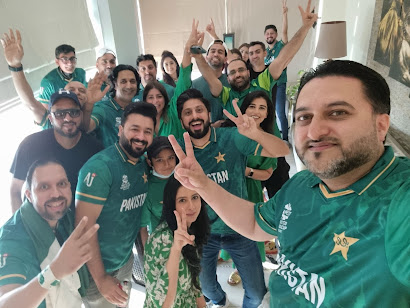 From there we made our way to the stadium by foot and within 15 minutes we were inside. 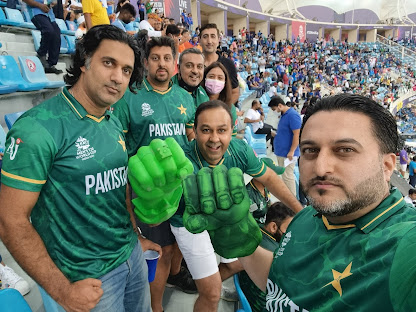 The last match all of us had watched together in a stadium was the World Cup 2019 clash between Pakistan and New Zealand in Birmingham.

Back then, Mohammad Aamir had set up the game with his first delivery by bowling out Martin Guptill.

Similarly, in Dubai, another Pakistan left arm pacer – Shaheen Afridi – set up the game by rocking India with his 4th delivery as he sent the dangerous Rohit Sharma back to the pavilion for a golden duck!

In his next over, Shaheen, knocked over KL Rahul’s middle stump, and the stadium erupted.

Pakistan was on top and there was no looking back now.

While Kohli and Pant provided some resistance, Pakistan’s bowling and fielding were of top quality, and India ended their innings at a below par 151.

Historically, Pakistan have been nervous chasers, however the opening pair of Babar Azam and Mohammad Rizwan have changed this in recent times; particularly in T20 internationals.

Babar and Rizwan are the best pair of opening batsmen in the world in T20Is at the moment.

They further enhanced their already brilliant record with another master partnership that remained unbroken as Pakistan sailed home with a 10 wicket victory.

It was the second highest chase ever in T20Is without losing a wicket.

This was Babar and Rizwan’s 3rd partnership of over 150 runs. They stand over and above all other pairs that have put on 150-run partnerships in T20Is.

Even the most optimistic Pakistani fans did not expect a 10 wicket romp.

It was a clinical chase by Pakistan’s two premier batsmen, the captain and the vice captain, comprehensively dominating and schooling one of the best bowling attacks in T20 cricket.

Pakistan were home with 13 deliveries to spare – that is how convincing the chase was by Babar and Rizwan.

It is all quite surreal. Being at the stadium to witness this historical moment was magical, phenomenal, and truly quite unbelievable. 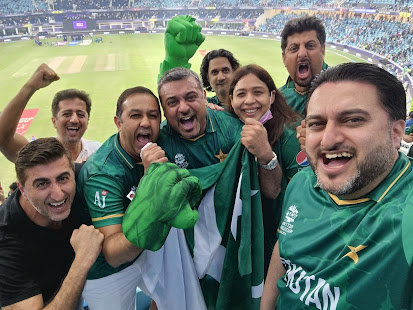 Some of us made it to the billion TV screens around the world. 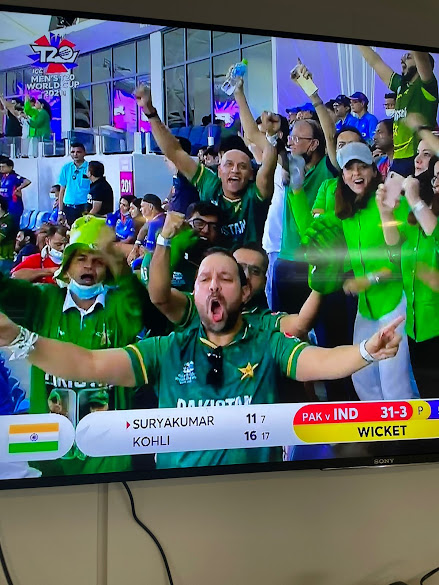 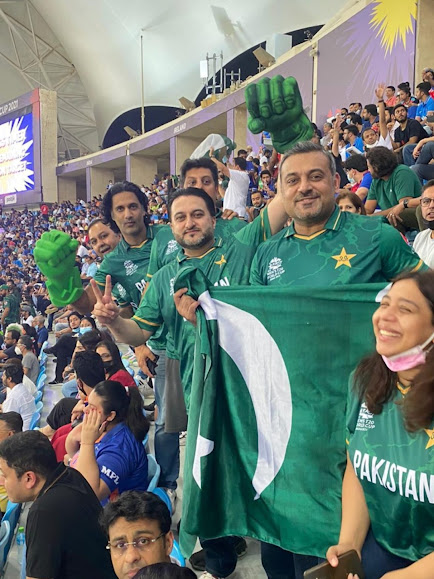 The celebrations continued well into the early hours of the morning. 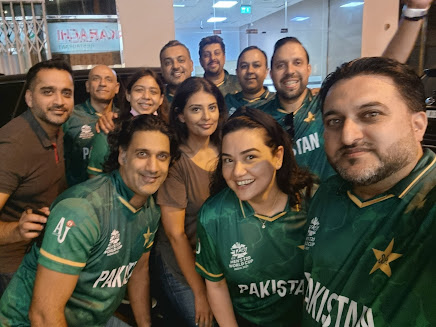 Pakistan delivered a power packed punch yesterday and they have announced their intentions for this T20 World Cup in a manner no other team has.

There is still a long way to go, with 4 more group matches, with another one tomorrow!

Rest assured, we will be there again, this time in Sharjah, cheering on the boys in green. 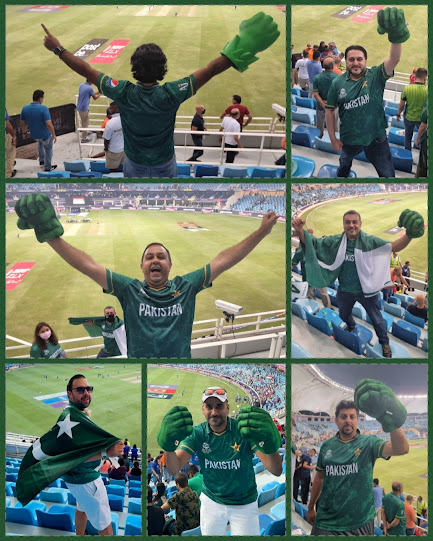