What is Babar’s Aversion with Utilizing Spin? | Well Pitched

It has not happened way to many times to be a lapse of judgement.

Babar Azam has some aversion to fully utilizing his spin resources in T20Is, especially after the 14th over an innings.

Pakistan had imposed a challenging 176 and had Australia in a precarious situation at 103-5 in 13 overs. 7 overs to go with 74 runs to get.

Imad Wasim has bowled his 3rd and the innings 12th over giving away only 3 runs. Shadab bowled the final over of his spell and the innings 13th over, where he gave away 8 runs and picked up a wicket.

Imad should have bowled the next over, i.e. the 14th, and finished off his spell. Especially considering a new batsman on the crease and Imad’s previous 3-run over.

However, Babar turned to pace and handed the ball to Haris Rauf. It was a decent over and went for only 6 runs.

Still time to bring Imad back to finish off his spell.

But no, Babar went to Shaheen. Still a decent over with only 6 runs conceded.

Continue with Haris would be the wise choice, or even Imad; but Babar handed the ball to Hasan and that opened the flood gates.

Each of the next overs was a double figure one and Australia raced home with an over to spare.

Why didn’t Imad complete his spell? 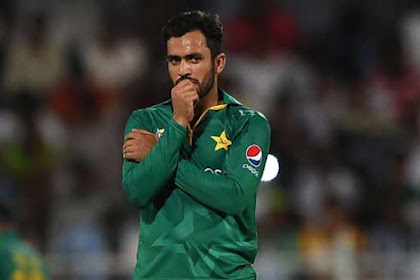 In the final, Babar brought on Shadab and Iftikhar right after the Power Play, as they bowled the 7th and 8th overs of the innings.

The reason he went with Iftikhar, and not Nawaz, was because the left handed Rajapaksa was at the crease.

Both Shadab and Iftikhar bowled beautifully and had Sri Lanka by the throat on 62-5 after 9 overs.

At the end of 12 overs, Sri Lanka were 85-5, and Shadab and Iftikhar had bowled 3 overs each, giving away less than 7 runs an over.

For the 13th over, Babar went back to pace, and Hasnain leaked 14 runs!

Shadab bowled the 14th over for 7 runs and completed his spell.

Why not let Iftikhar finish his 4 overs?

Instead of letting Iftikhar complete his spell, Babar turned to Nawaz for the 16th over, whom he had not bowled at all till now due to Rajapaksa’s presence. Yet he still brought him on while Rajapaksa was smashing it around.

Nawaz gave only 3 runs in his over.

Now, with 4 overs left in the innings, Babar had the option to bowl Iftikhar for 1 over, and Nawaz for another 2!

He went with pace and in the next 4 overs, Rajapaksa and Sri Lanka raced away and smashed 50 runs!!!

Clearly the Lankans were liking the pace and the spinners had kept them quiet.

Could Babar not read the game the way we did? 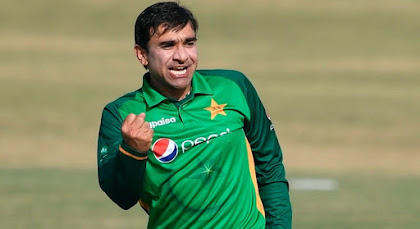 Pakistan’s spinners bowled 8 overs and gave away 56 runs at a run rate of 7 runs per over.

England’s required rate at the start of the innings was 8 runs an over.

It was clear that England’s batsmen were comfortable against pace, but struggled a bit against spin.

A few more overs of spin from Iftikhar or Khushdil could have pushed the asking rate a bit higher making it a difficult chase for England.

But no, Babar will never think of spin to win.

I find it really strange why he keeps repeating the same mistake in every match.

Has the coaching time not advised him on this?

Is there no one in the whole Pakistan set up that sees this?

Pakistan has world class spinners that can win them games…

… but why doesn’t Babar utilize them more?