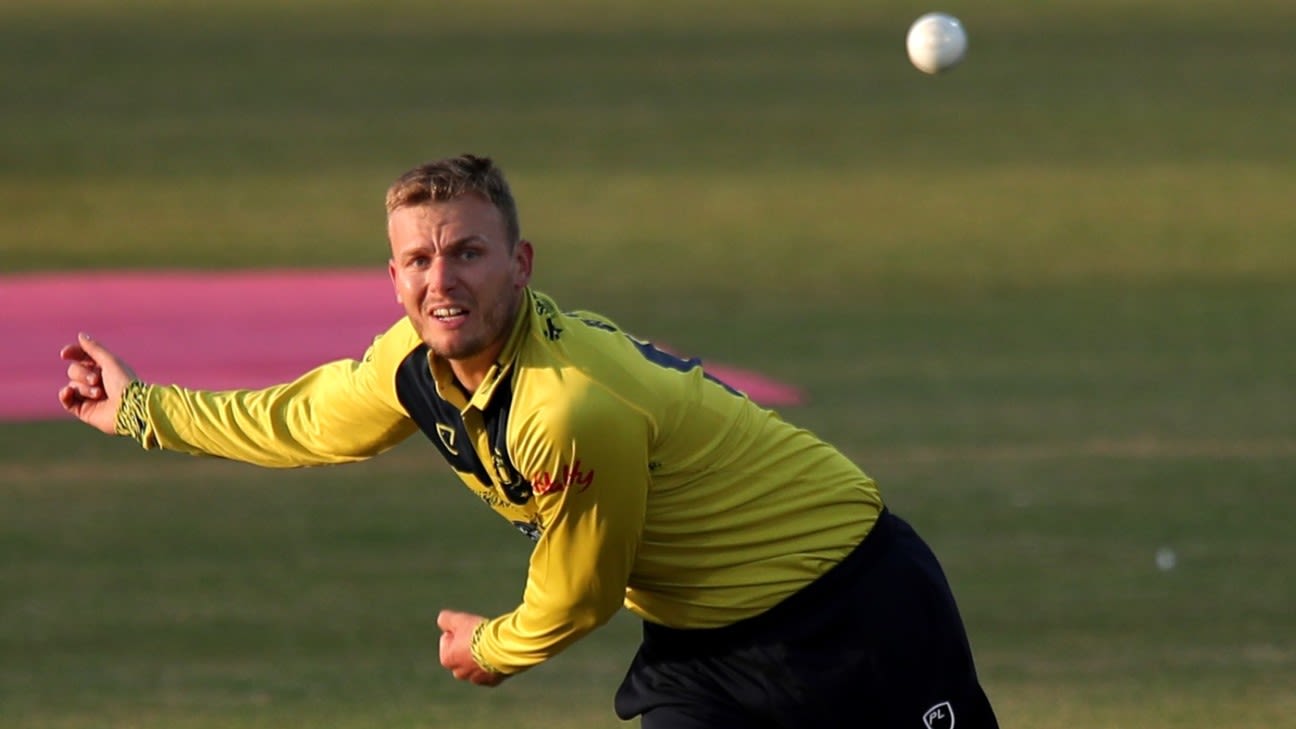 Danny Briggs is promising not to put too much pressure on himself as he makes a return to the England set-up that he admits he thought would never happen.
It’s seven-and-a-half years since Briggs last played a T20I for England and almost a decade since his only ODI. But now aged 30, and called up to the hastily-picked squad for the ODI series against Pakistan after the original squad were ruled out due to Covid protocols, he believes he has the experience to cope with whatever the next few weeks throw at him.

“I was 21 when I was first picked for England,” Briggs told ESPNcricinfo. “And 23 when I played my last game. It’s very young, isn’t it?

“Looking back, I put too much pressure on myself. I don’t think I’d ever experienced any lows in cricket before then and I sort of expected to be successful.

“I think I tried too hard, really. I was trying to impress other people. Obviously it’s great to play for your country, but I’m not sure I enjoyed it as much as I should have done, really.

“It’s an odd situation now, but it’s an incredible opportunity, too. This time, I’m going to try to take it all in. I’m going to do my best, of course, but I want to try and enjoy every minute of it.”

Briggs has been a consistent performer in T20 cricket for years. His tally of 184 wickets in England’s domestic T20 competition is more than anyone else and, of those in the top 39 wicket-takers, only three men (Jeetan Patel, Stephen Parry and Imran Tahir) have lower economy-rates than his 7.16.

But while he has always bowled his left-arm spin with impressive control, he now feels he has the experience to optimise his variations. And he hopes his positive experience in the most recent BBL season – only six men who delivered more than 30 overs had a better economy-rate than his 7.41 – bodes well for his return to the top level.

“I took a lot of confidence from that Big Bash experience,” he says. “There’s a certain level of expectation that comes with being an overseas player in a high-profile tournament like that; you’re expected to do well.

“But I enjoyed it. I enjoyed the responsibility and I enjoyed helping the younger players. I performed pretty well and it felt like a stepping stone on the return to international cricket.”

He’s also improved his batting. While he remains something of a blocker, he has made two half-centuries in the Championship season – he had only reached 50 twice previously in a first-class career that stretches back to 2009 – and has developed into a willing nightwatchman and reliable lower-order player. He could probably hold up an end at international level pretty effectively, which is one of several reasons why a Test call-up isn’t entirely out of the question.

“I’ve worked hard on my batting,” he says. “Particularly my four-day batting. I’ve upskilled a little, but for me, it’s been about being disciplined. I’ve always enjoyed batting and it makes you more selectable.”

He’s had some opportunity, too. He only played four first-class games in 2019 and none at all in 2020. But once Sussex had made it clear they didn’t see much of a future for him, Warwickshire offered him the chance to replace Patel and become a central figure in all formats.

“I just felt I had more to offer in first-class cricket,” he says. “I was desperate to play in all formats and Warwickshire were good enough to give me that opportunity.

“Coming to Warwickshire has been brilliant. They’ve demonstrated a huge amount of confidence in me. They way they’ve backed me – and the way the bowling coach, Graeme Welch, in particular, has kept saying I shouldn’t have given up on England – has helped me believe in myself much more. I hope I’ve shown I can play four-day cricket now. I’ve loved it.

“If I’m honest, there were times I didn’t think I’d win a recall. It’s been a long haul and there have been times when I’ve felt miles away. Yes, I’d told myself it wasn’t going to happen.

“And I know this is a very unusual situation. I know there are a few who would be ahead of me in the pecking order. So I’m not looking too far ahead.

“But I’ve always worked hard. I’ve always been willing to learn. And yes, of course in the back of my mind, I’ve an eye on both the T20 World Cup and the Ashes. I’d love to be there.

“But whatever happens, I feel very lucky. I’ve a great role at a great club and I’m really enjoying my cricket. I’m happy in everything I’m doing and my feet are staying on the ground.”