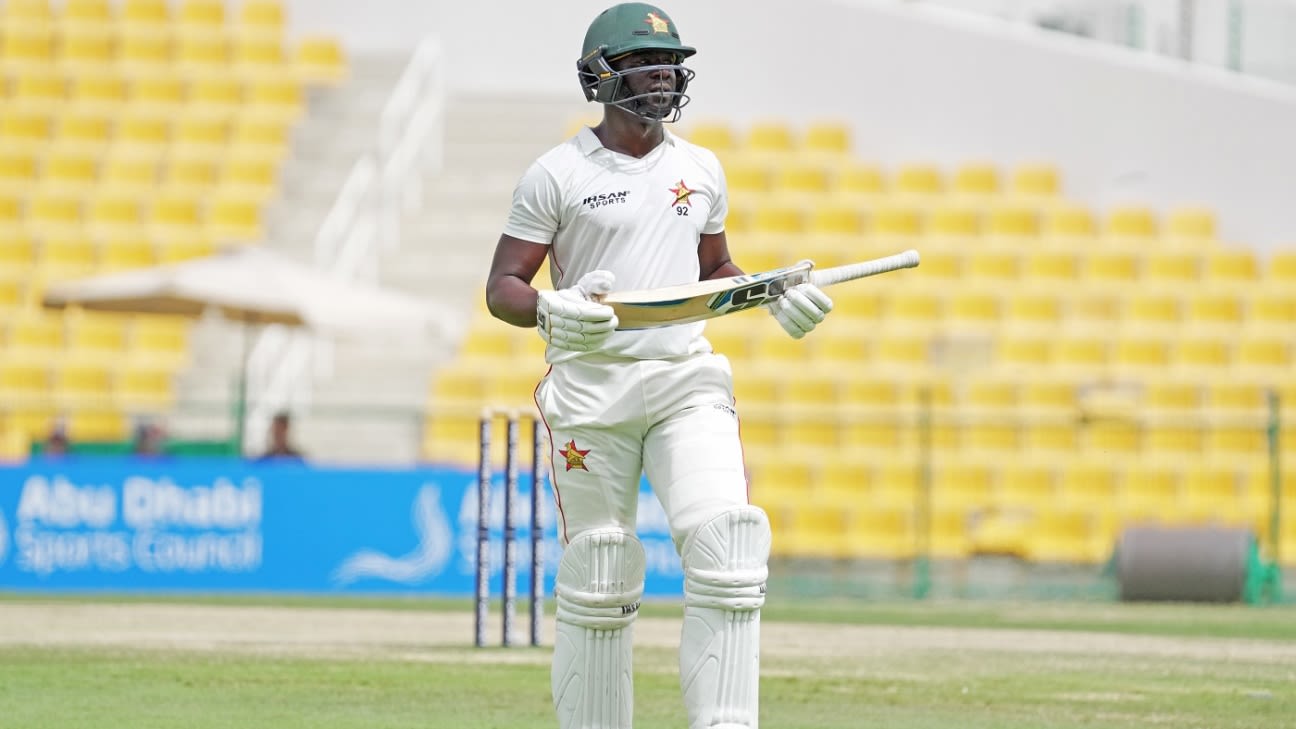 “When we get into such good positions, we have to get them by the throat and we have to finish them off”

Donald Tiripano has said that he is ready to take up the challenge of batting higher up the order, after he frustrated Bangladesh with a 144-ball 52 coming in at No.5 in the one-off Test.

While Bangladesh were always on course for victory, Tiripano managed to stall the visitors for most of the final day, and it was eventually a poor umpiring decision that ended his stay at the crease. Ebadat Hossain got the ball to jag back enough, but the replays clearly showed that there was daylight between bat and ball, before Liton Das collected the ball. Tiripano, however, felt the game swung decisively on the first day when Zimbabwe failed to get their opponents “by the throat and finish them off”.

“It is a challenge that I am willing to take. I am happy to embrace it if given the chance to bat up the order. I like being challenged. I enjoy pressure,” he said.

The pressure on the fifth day was unrelenting for Zimbabwe, particularly after they lost four wickets in 19 balls just after the first drinks break. Dion Myers, Timycen Maruma, Roy Kaia and Regis Chakabva all departed, leaving Tiripano alone with a long tail.

He managed the pressure quite well though, ensuring Bangladesh needed more than 30 overs to dislodge the last three wickets. Tiripano struck six fours during his stay, couple of them driven through the covers and midwicket, and one from a reverse sweep. This was his second Test fifty, both coming this year.

Tiripano, however, was disappointed Zimbabwe couldn’t put up a higher score in the first innings.

“It is unfortunate that we couldn’t get a good total in the first innings. There are a lot of positives that came out from this game. Guys tried to score some runs and build partnerships by putting their head down. But we should work hard on our batting and make sure that we don’t play catch up cricket in a Test match.”

He also rued Zimbabwe letting Bangladesh off the hook on the first afternoon when the visitors were 132 for 6 at one stage.

“We started well in the first morning. The wicket was doing a bit. After taking six wickets, we let them off. Mahmudullah and Liton Das put together a partnership.

“I think we have to make sure that when we get into such positions, we have to get them by the throat and we have to finish them off.”

Tiripano was all praise for the two debutants Kaitano and Myers.

“They are exciting guys. Kaitano is very talented. Everyone has seen what he can do. Dion also showed glimpses of how great a batter he is going to be for Zimbabwe. The future looks bright with these guys.”