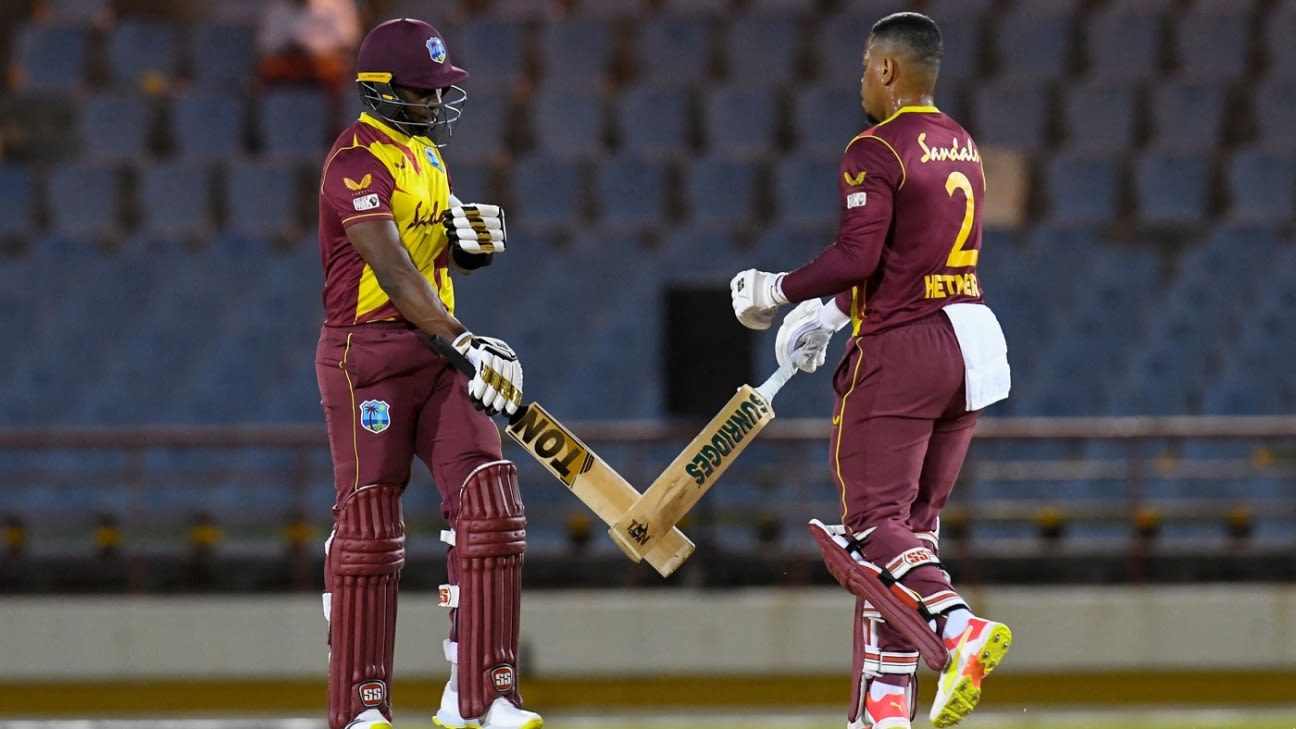 Dwayne Bravo is the second-most capped player in T20 history – his international captain Kieron Pollard is well ahead at the top – and there were examples of that wealth of experience dotted throughout West Indies’ hugely impressive performance in St Lucia.
It had been five years since he had batted as high as No. 5 in international cricket and two years since he’d done it at any level. Having briefly looked as though his presence might stall the innings when he sat on 17 off 17 – especially with the fact that Andre Russell, Nicholas Pooran and Fabian Allen were to follow – he then finished with 47 off 34 balls. It was both his longest and highest innings since making 55 off 54 against Pakistan in Dubai in September 2016.

“It was always in the team plan if we bat first and we lose early wickets for me to go in and control the innings with the bat – it’s more my style of play,” he told the host broadcaster. “Pick up the ones and twos, lay that solid platform for the likes of Russell, Fabian, Pooran, if Polly is in the squad, to do what they have to do in the back end.”

He did admit, though, to realising the batting power that was still to come. “I must be honest, at some point I was trying get out at the back end to allow Russell and these guys to finish off,” he said.

The runs on the board were just one part of the role he played. There was the knowledge and advice he was able to bring to the match-defining 103-run partnership with Shimron Hetmyer. “I had never batted with Bravo before … he was just telling me to keep going and just do what you do best,” Hetmyer said. “I really trusted him batting and running between the wickets.”

As Hetmyer cut loose in the latter part of the innings – turning 14 off 13 balls into 61 off 36 – Bravo had the best seat in the house.

“We needed partnerships and the way Hetmyer batted in the first game and into this game, it’s just a pleasure to see him bat,” Bravo said. “He’s a batting leader in our group, we gave him the responsibility to take control of the batting and show some maturity. We all know how classy he is and how dangerous he can be, [the advice was] just to bat deep, it’s a ground that has a big wind factor advantage.

In the field, Bravo remains very solid – notwithstanding one missed chance running from short third man – and while he claimed the late wicket of Dan Christian, his most significant contribution was not obvious on the scorecard.

When Fidel Edwards removed Aaron Finch with a slower ball that cannoned off the pads into the stumps he immediately ran to Bravo – a master of such variations – in his celebration.

“Two days ago I teach him how to do it,” Bravo revealed. “I said, you have the perfect action to bowl a different slower ball. I let him stand about five feet away from me and said Fidel, all you have to do with your action is sling the ball like this with pace but he didn’t have the confidence to do it in a game. So I said to him do a few in a practice. I said do it [in the game], nothing wrong with trying, so for me to see him have success I’m happy.”