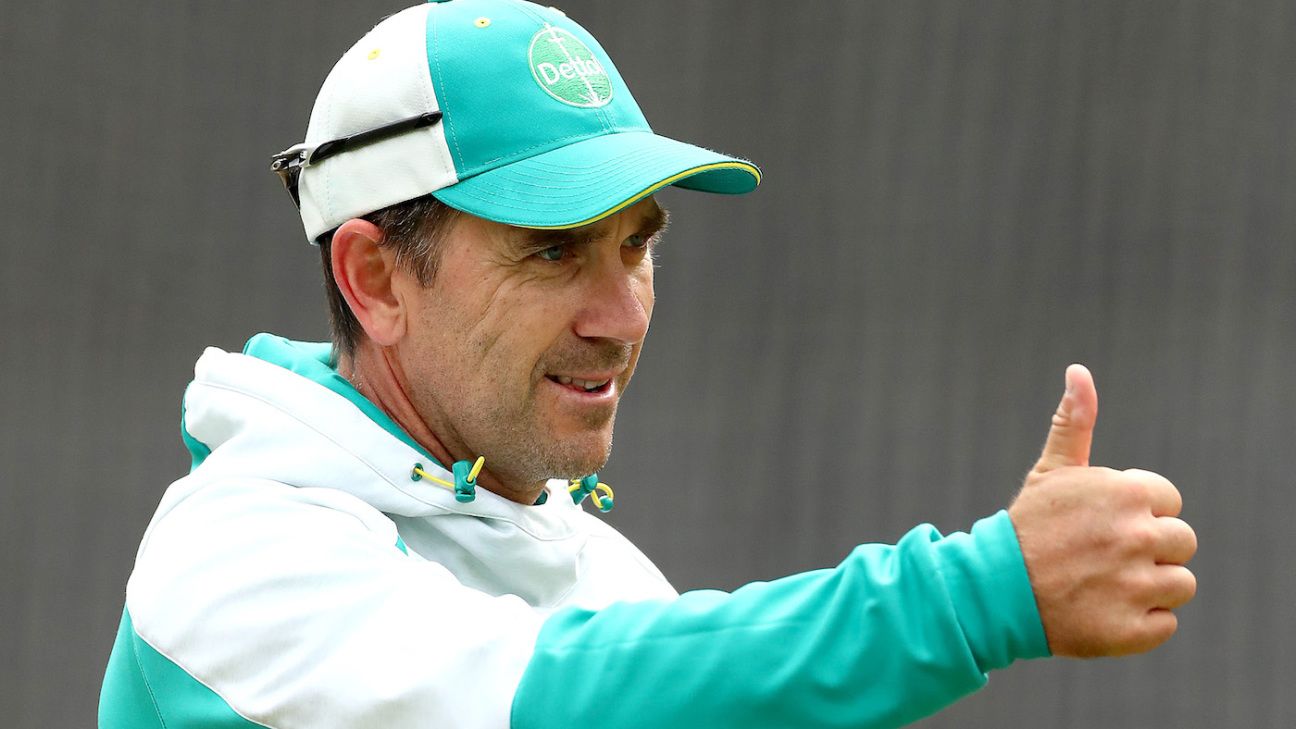 Australia coach Justin Langer said he was hurt and confused by some of the things he read about his style of working but remains keen to lead the side and get an extension when his current contract runs out next year.
Reports of dressing-room unrest and discontent over his coaching style surfaced after Australia were beaten 2-1 in the Test series at home by an injury-ravaged India in January.
The players took part in an end-of-season review with leadership consultant Tim Ford, and Australia’s limited-overs captain Aaron Finch said last week that Langer had cleared the air at a gathering on the Gold Coast before flying with the team to West Indies.

“I haven’t changed much in twenty-odd years of being involved in Australian cricket,” Langer said on the eve of Australia’s T20 series opener against West Indies in St Lucia. “Some of the things I was reading were a bit confusing actually. If I’m completely honest I was really hurt by some of it. Maybe I’m being a sook but in three years…I hadn’t heard from any of the people I work with and I certainly hadn’t heard from any of the players which had been so widely reported.

“The feedback I’ve been given for three years has been overwhelmingly positive of the role that I’ve been able to play as a coach.”

For Langer the pre-tour gathering, which also included Test captain Tim Paine, was the first time he had been with the squad since the end of the India series due to the postponement of the South Africa tour and he emerged feeling energised about the challenge ahead.

“We addressed some of those issues. Honestly, I left the camp feeling like Superman,” he said. “It was such a great few days for us. It was good to get everyone back together again. Everyone’s absolutely flying at the moment, there’s a great spirit over here, we’ve just appointed our two new senior assistant coaches, which I’m delighted about and I think everything is moving in the right direction.”

Cricket Australia appointed Langer as the head coach on a four-year contract in 2018 after Darren Lehmann stepped down in the wake of the damaging ball-tampering scandal in South Africa and he said he would want to continue in his role.

“They’re the things I value most in my life. Hopefully I’ve done a really good job the last three years, that’s been the feedback. Long may that continue.”

Langer and his team will be keen to perform well at the T20 World Cup in the UAE – the one major limited-overs trophy they have never won – and the home Ashes series against England starting December.