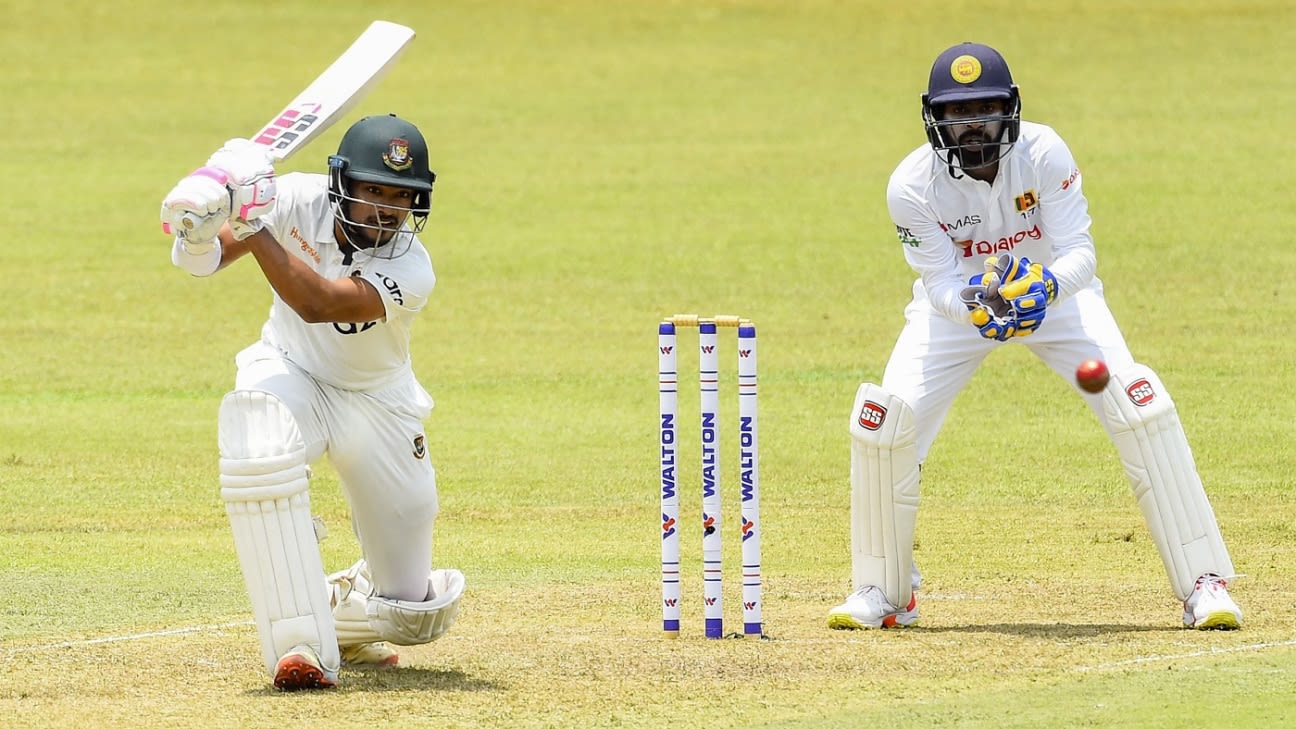 Najmul Hossain Shanto has said that Bangladesh went for quick runs on the fourth day to give his team’s bowlers ample time to bowl Zimbabwe out in the fourth innings. Shanto and Shadman Islam both struck unbeaten centuries to raise Bangladesh’s lead to 476 runs, before Brendan Taylor’s counterattacking 92 took the hosts to 140 for 3 at stumps.

Shanto said that while Bangladesh were still on course for victory, the Harare pitch did not have too many demons for the batters.

“It was always going to be useful to give our bowlers more time to get them bowled out,” Shanto said. “That’s why we needed to score quick runs, and it went according to plan. I think we are in a good position. But we have a lot of work to do. The wicket is still quite good. Our bowlers and fielders have their work cut out. We hope to take early wickets, which will make things easy for us.”

Shanto’s 117 included six sixes, a new record in Zimbabwe, as he went after the part-time spinners Roy Kaia and Milton Shumba. He added 196 runs with Islam, Bangladesh’s highest second-wicket stand against Zimbabwe.

This was Shanto’s second century in three Tests although there have been some low scores in between. “I try to stay in the present, not think about what happened in the last four innings. I can have a bad day, but I always try to score runs.”

Shanto said that he and Islam were guiding each other throughout the partnership.

“The positive side was that we spoke to each other about what to do and when to do it. We were not thinking about scoring hundreds. We were responding to the match situation, but we finished on two good scores,” he said.

Islam dedicated his maiden Test century to his parents. Islam’s father has been working in BCB’s development programme for two decades, specialising in scouting young talent. Both Islam and Shanto have come through this system, although Islam is a late bloomer.

“I wanted to play ball-by-ball but I ended up getting a century. I am happy about my achievement. This century came because of my team-mates and coaches. I’d like to dedicate it to my parents,” he said.

Islam also said that he felt bad that Saif Hassan, who made 43, missed out on a big score.

“Saif was unfortunate to get out in that way. He was batting well today, and we were doing well together. Shanto came and told me that we should continue in the same way. But things changed after lunch, when we decided to up the scoring rate.”