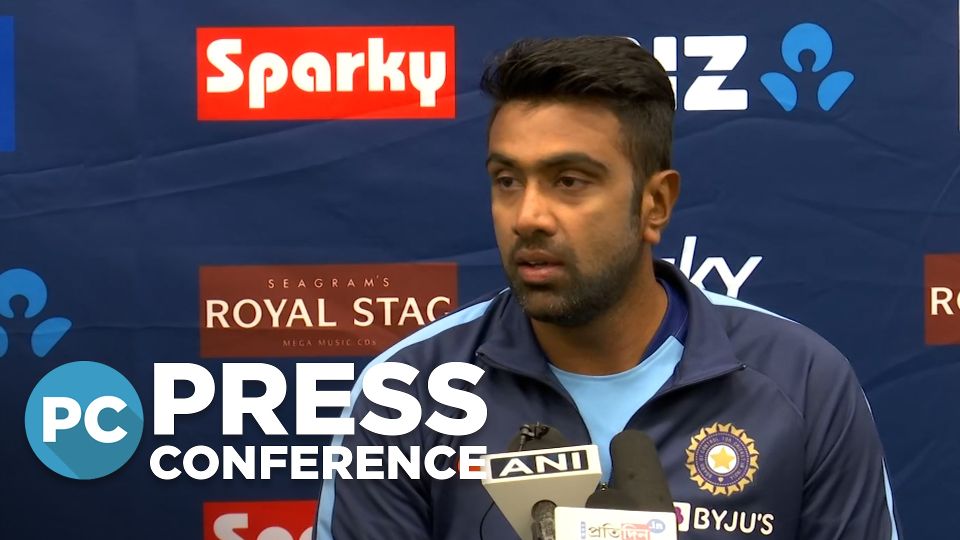 The breeze was more than a spinner would like: Ashwin

Since then, however, his batting returns have plummeted. In the 27 Tests he’s played since the start of 2017, he averages 17.78, and he’s only scored one half-century in that time.

Ashwin’s decline as a Test-match batting force has coincided with the rise of Ravindra Jadeja, who averages nearly 50 in that timespan. While Ashwin has largely remained India’s No. 1 Test spinner, he has occasionally lost out to Jadeja when they’ve played just one spinner overseas, and their contrasting batting form has been a factor when this has happened.

Ashwin has shown a tendency to tinker frequently with his set-up at the crease, and it’s hard to say if it’s a cause or a consequence of his declining run output. He admits, though, that his mindset at the crease has grown more circumspect, and that he wants to get back to batting more instinctively.

“In the past, the only secret to how I have got runs or how I was successful was by looking to be positive and that’s exactly how I played,” Ashwin said in his press conference after day three of the Wellington Test against New Zealand. “I personally feel I have been a little too watchful and a little too worried about getting out in the recent past.

“That’s something I have tried getting over even in the games that I have played at home. Hopefully I will try and put it to rest. Just see [the ball] and hit it. Far too much going in the head won’t work.”

Ashwin, preferred to Jadeja in this game, picked up three wickets in New Zealand’s first innings. He got the ball to drift during his spells from both ends, but it wasn’t easy to say if he did this with the help of the strong wind blowing across the Basin Reserve or despite it.

“Look, I am not the lightest but the wind was actually pushing me across, so it must be of significance,” Ashwin said. “Both days, from both ends, I have had to bowl from wherever the breeze has come against me. That has been pretty much my role in the game, but I thought personally the breeze was something that was way more than what a spinner would like, and I couldn’t really take benefit out of it.

“So I had to adjust and try see what I can best get out of what was available. I actually quite enjoyed the way I bowled in this [innings] and I personally thought the fourth innings might fetch a little bit more from the surface but we will have to wait and see how it goes.”

While Ashwin made some of New Zealand’s top-order batsmen look uncomfortable – Tom Blundell and Henry Nicholls, in particular – Kane Williamson didn’t allow him to settle, jumping onto the back foot at every opportunity and punching him against the turn, through the covers. Eventually, he placed a fielder in an unusual position for this shot, a deepish extra-cover two-thirds of the way to the boundary. He used that fielder against Colin de Grandhomme as well.

“I played India A games here [in New Zealand] and generally these guys, I think in terms of trying to use natural conditions and resources in their favour, this team is probably the best, because they are faced with it more often than not – heavy breeze and whatnot,” Ashwin said. “And they tend to hit [with] the breeze rather than actually doing anything else.

“If you look at Kane Williamson’s wagon wheel, I would have put [the deepish extra-cover fielder] right from the first ball if it was up to me, because Kane Williamson against an offspinner has always looked to hit through covers. He has not cut the ball and he doesn’t step out much either. Colin de Grandhomme, likewise, [played that shot against Australia’s] Nathan Lyon even from the rough.”


“They [New Zealand] really understand these conditions very well and use it to their advantage. They try and hit it with the breeze, they know what works and what doesn’t.”

When New Zealand lost their seventh wicket, they were only 60 runs ahead of India’s first-innings total, but their last three wickets widened the gulf significantly, adding 123 runs to the home team’s total. India have come up against other frustrating lower-order stands as well, in the recent past, particularly overseas, with Sam Curran playing a hugely influential role in England’s series victory against them in 2018.

“I think sometimes we pay too much importance to saying we need to bowl out teams far quicker, and I am not saying we shouldn’t,” Ashwin said. “But batsmen don’t get out [easily] anymore. Lower-order batters do put a price on their wickets. If you were on two wickets [with only the lower order left] say 20-25 years ago, you would probably end up with a five-for.

“[Kyle] Jamieson has got a couple of first-class hundreds if I am not wrong (he has none, but scored a century against a touring English side in a warm-up match in 2018) and [Ajaz] Patel, he can bat as well. [Trent] Boult batted really well. You’ve got to give credit where it is due. Like I said, they really understand these conditions very well and use it to their advantage. They try and hit it with the breeze, they know what works and what doesn’t. That’s something we should quickly learn from them and try and compete with them.”

At stumps on day three, India were four down, needing a further 39 runs to make New Zealand bat again. The odds are stacked against India, but they have a reasonably set pair of batsmen at the crease in Ajinkya Rahane and Hanuma Vihari, with some batting ability to follow in Rishabh Pant and Ashwin.

“I think we are not yet in a stage of the game where, from our perspective in the dressing room, we can look at it very far,” Ashwin said. “We will have to take it per session, per hour, or however [large] a target we can set, the better it is for us.

“It’s about getting away the morning session tomorrow. Since there’s so much time in the game, it’s very difficult to say what might happen, what we might foresee. It’s important to stay in the moment and continue the way [Rahane and Vihari] are batting. They are set and they know what the wicket is like, so we will look to cash in tomorrow morning once again.”

Karthik Krishnaswamy is a senior sub-editor at ESPNcricinfo