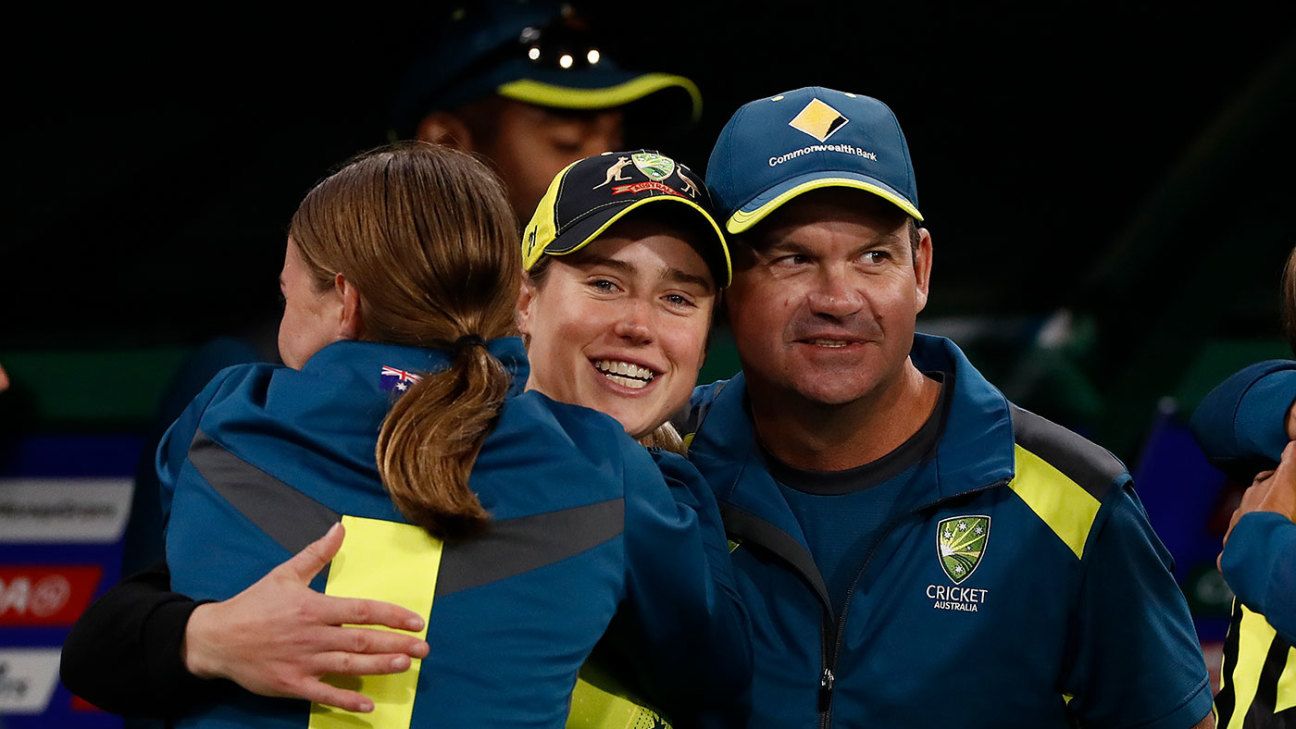 Australia women’s head coach Matthew Mott is wary that India may be the better-prepared side when the two teams meet in September, with the home side coming off an extended period without playing and a chance that their lead-in will be disrupted by Covid-19.
India women’s tour includes three ODIs, a day-night Test in Perth, and three T20Is. It will be Australia’s first cricket since the New Zealand tour in April. India, meanwhile, are in England where they drew the one-off Test and are currently 2-0 down in the ODI series. A number of their players are then set to remain in the UK for the Hundred, a competition that was due to have a heavy Australian presence as well (including Mott himself as coach of the Welsh Fire) but that is now likely to be significantly reduced because of the complexities of travel and quarantine.

Mott was hopeful of being able to gather his squad in Brisbane in August but the recent flare-up of Covid-19 in Australia, which has sent various cities into lockdown and closed internal borders, has been a reminder of how difficult planning could be.

“[India] are an emerging supergiant in the game, they have a lot of great players and they will be tough opposition,” Mott said on the day he signed a two-year contract extension. “They are playing over in England at the moment and, if anything, we’ll be a bit vulnerable because we won’t have had a lot of cricket. So that’s at the forefront of our mind.

“It would be great to get everyone back together face to face, have a really strong camp in Brisbane at the NCC [National Cricket Centre] with fantastic new facilities out there. And just for some of the southern states to train outside in good weather. So fingers crossed the borders open up and we’re free of Covid as much as we can be and we navigate around.

“It’s something at the forefront of our mind, managing the player fatigue. Talking to the players individually about where they are at, everyone’s at a different stage of their life and career so it’s definitely not a one-size-fits-all policy”

“I suppose the big word is agility and we keep learning every day about how much we have to quickly turn and go in a separate direction, so we’re open to that. The states are doing an outstanding job with our players, we’re in constant contact, so from that point of view we’re being really well-serviced and we’re not worried by that, but there’s nothing like getting together as a group.”

The India series will mark the beginning of a two-year period where Australia will aim to sweep the prizes on offer in the world game: a home Ashes, the ODI World Cup, the Commonwealth Games, the defence of their T20 World Cup title and an away Ashes.

Mott reiterated that the ODI World Cup was the “burning desire” for the team after their semi-final exit in 2017, but the ambition stretched much further. “We want to win them all, every team should be striving for that,” he said.

However, he was aware of the physical and mental toll that could put on the players particularly amid the pandemic and there would be constant monitoring of workloads.

“It’s something at the forefront of our mind, managing the player fatigue,” he said. “It’s a different world that we live in now and quarantine can have an impact on players and staff. Talking to the players individually about where they are at, everyone’s at a different stage of their life and career so it’s definitely not a one-size-fits-all policy. We have those discussions at all times and do the best we can to predict what’s coming up, how players might be flagging at different times and giving them a mental and physical break if needed.”

Of his involvement in The Hundred, Mott indicated a final decision had not yet been taken but whatever the outcome, he would be committed to the tournament in the future.

“I have been in contact with the team over the last couple of months and working through some options,” he said. “It’s very close to that India series so still a little bit of work to be done, but there’s some contingency plans. I’m incredibly committed to the club long-term, takes a strong place in my heart from my days at Glamorgan. Mark Wallace [the Fire’s manager] is a close friend and he’s worked through a lot and the next couple of weeks will be an interesting space.”